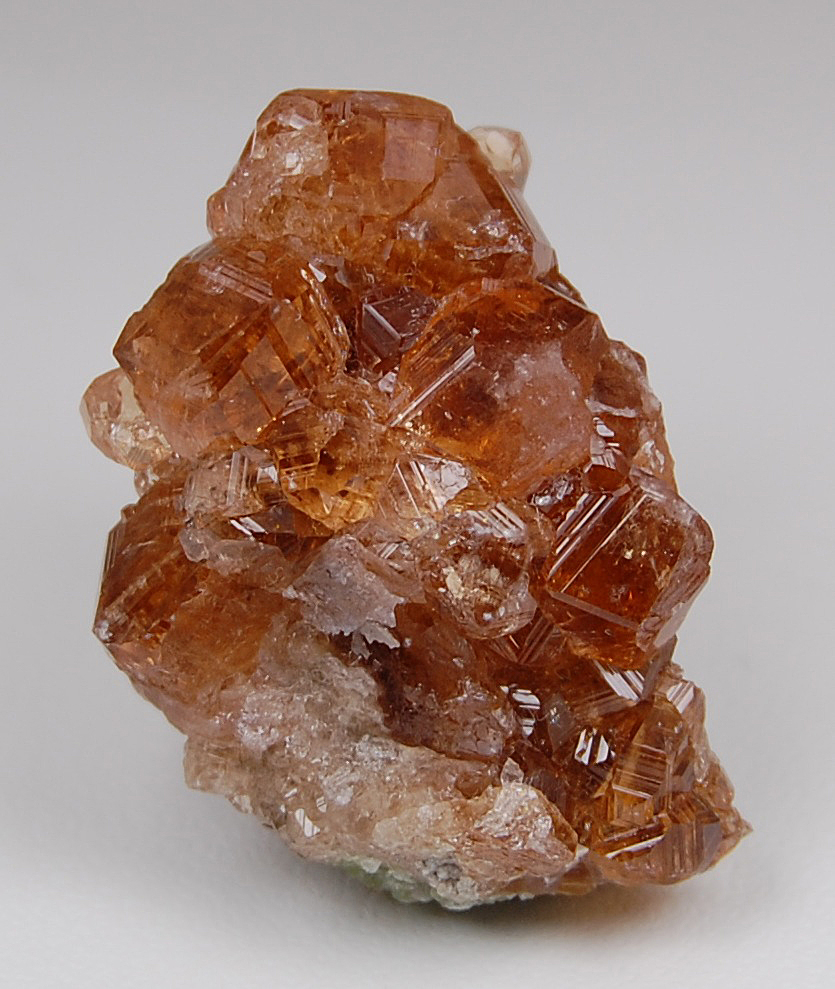 Introduction: Hessonite is a variety of the grossular garnet species of the garnet family.

Clarity: Hessonite garnets are of clarity Type II. Gems in this type typically grow with some minor inclusions in nature that may be eye visible but usually are well hidden or require magnification.
Hessonite commonly shows a “heat wave” or roiled effect.

Localities: Sri Lanka, Canada. Minor amounts can be found in Brazil, Mexico and the United States

Name: Hessonite is from a Greek word meaning inferior because of its lower hardness.

Dates: All species of garnets can be used as the birthstone for January. Garnets are also the gem of
choice for second anniversaries.

Care: Ultrasonics are usually safe but risky with liquid inclusions. Steam cleaners should never be used.
The safest method for cleaning is with warm soapy water. Abrupt temperature changes will likely cause
fracturing.