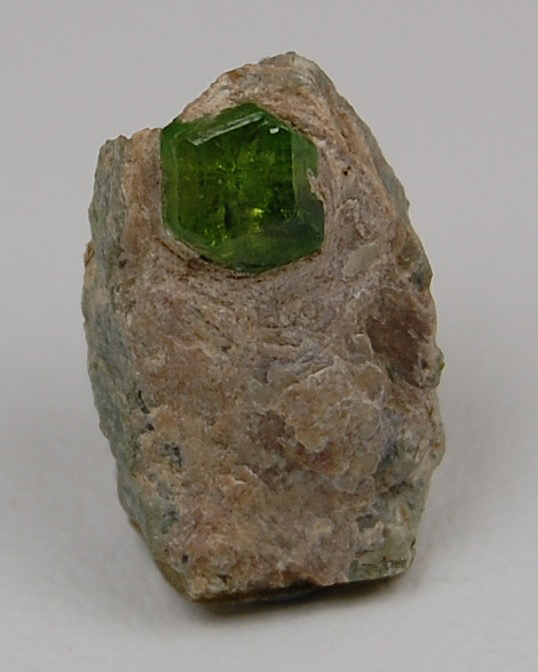 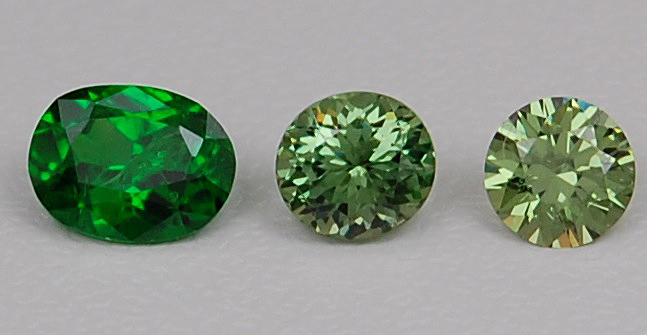 Introduction: Demantoid is a variety of andradite, a species within the garnet family.

Clarity: Demantoid garnets are of clarity Type II. Gems in this type typically grow with some minor inclusions in nature that may be eye visible but usually are well hidden or require magnification. Russian
demantoids inclusions are characterized by yellowish-brown, curving needles of byssolite (an amphibole) often radiating from a single chromite crystal.

Localities:
-Russia: Sourced from the Ural Mountains, this locality has produced some of the finest and best known demantoids.  Typical and indicative of the locality are “horsetail” inclusions (left in photo).
-Namibia: Demantoids from Namibia are mostly lighter in tone than those from the Russian locality.  Lighter toned gems show more dispersion than the more intense colors that mask the dispersion (right in
photo).
-Madagascar: A recently discovered locality producing limited quantities of gems, sometimes bluishgreen (center in photo)
-Turkey, Canada

Treatments: Heating (H) of some Russian stones has been known to improve color.

Name: Demantoid comes from the French demant meaning diamond because of the brilliance and luster.

Care: Ultrasonics are usually safe but risky with liquid inclusions. Steam cleaners should never be used.
The safest method for cleaning is with warm soapy water. Abrupt temperature changes will likely cause
fracturing.