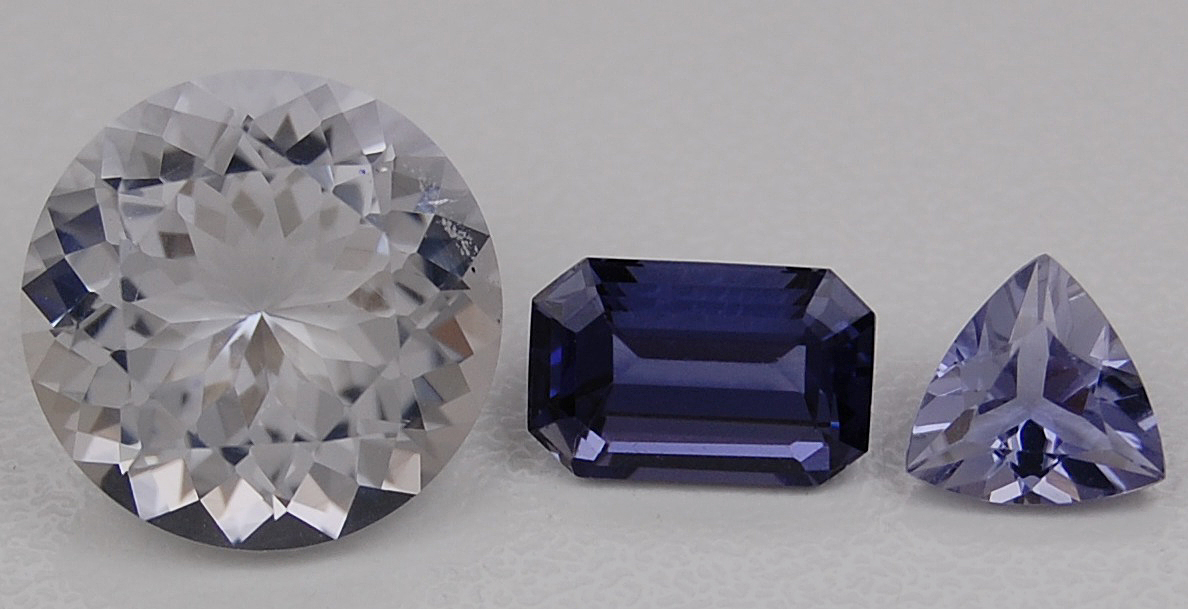 Introduction:  Iolite is a mineral species.  Mineralogists refer to the material as cordierite.  Pictured above from left to right, 10.93 ct colorless round, 3.15 ct bluish-purple emerald cut and 1.25 ct violet trillion.

Clarity:  Iolite is of Type II clarity.  Gems of this type typically grow with some minor inclusions in nature that may be eye visible but usually are well hidden or require magnification.  Crystals of apatite and zircon, the latter with pleochroic haloes are common inclusions.  There can also be dust like masses of tiny crystals and sometimes red hematite plates in parallel orientation known as bloodshot iolite.

Stone Sizes:  Iolites are usually less than 10 carats although gems over 30 carats have been reported.

-Cause of Color:  Iron

-Cleavage:  distinct in one direction

Name:  Iolite is from the Greek, ios (violet) and lithos (stone).

Dates:  Iolite is designated as the gem for  the 21st wedding anniversary.